Welcome To The Team Ted!

Ted Mehlman is our new Business Development Coordinator and comes to us with a wealth of experience with not-for-profits and fundraising.  Ted lives in Hamilton, Ohio with his wife, Connie, who has over 25 years with a County Board of Developmental Disabilities and is extremely active with the Best Buddies organization in Ohio. 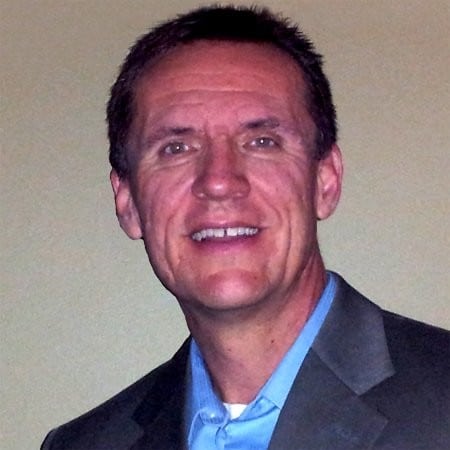 GO Concepts wants to share some wonderful news with you, as we are very excited to welcome a new member to the GO Concepts team.

Ted Mehlman is our new Business Development Coordinator and comes to us with a wealth of experience with not-for-profits and fundraising.  Ted lives in Hamilton, Ohio with his wife, Connie, who has over 25 years with a County Board of Developmental Disabilities and is extremely active with the Best Buddies organization in Ohio.

After an exhaustive search, we had several quality applicants with great experience from both inside and outside of the DD services community. Ted simply stood out as someone not only with the experience and skills we desired, but also with the caring and understanding of our focus and mission in serving organizations who provide services to individuals with developmental disabilities, which is critical to his role here.

What Is Ted’s Background?

Ted attended Wilmington College in Wilmington, Ohio where he learned skills in business administration and psychology. While in college, he went to work for the YMCA on campus. After graduation, he continued that career at the Xenia, Ohio YMCA.

Ted ended up working 20 years for YMCA’s. He started as a PT program director and worked his way up to Executive Director. In those years, he opened 2 new YMCA’s, lead fundraising efforts that raised over $60,000 annually, reorganized 3 that were in deficits of over $90,000 annually and guided them to surpluses of over $80,000 within 18 months. He has led a YMCA as large as 150,000 square feet with 90 full-time staff and a budget of $2.5 million. He has found the success of an organization is achieved by surrounding yourself with great staff and developing them to their fullest protentional.

How Did Ted Get Involved Helping Individuals With Developmental Disabilities?

You might say Ted is “married” to helping others. Ted’s wife Connie previously worked at the Greene County Board of DD in Ohio. When they were in Florida, she worked for the City of West Palm Beach in their recreation department which oversaw programs for individuals with disabilities. When Ted and his wife moved back to Ohio, she went to work with the Butler County Board of Developmental Disabilities, where she remains today. She is also an active member on the Executive Board for Best Buddies Ohio.

What Is Ted’s Business Development Background?

Beyond the fundraising and operating a large organization, Ted understands how to start and grow one. As an executive for the YMCA, Ted was integral in starting up a new branch and implementing a new culture from the inside out. He was asked to transition the branch from a downtrodden, unattractive facility, to one that would attract members and thrive. He needed to hire a new staff to improve customer service, and he was progressive in their programming with things like personal training, speed and agility training and other innovative, creative activities that helped the people they served.

Ted then directed and managed the opening of a new $10,000,000 YMCA facility hiring 60 new staff members in less than 40 days, which included training them in the programs.

Every branch Ted has managed has grown 60 percent within 18 months. He improved the financials from a $60,000 deficit to over a $150,000 surplus. He used his creative and business talents by partnering with area non-profits in joint events to promote fundraising and raise awareness. His YMCA was rated number one in customer service of all the chapters in the U.S.

How Will Ted Contribute To GO Concepts?

Ted enjoys being creative in finding solutions for any business with which he works. He was attracted to GO Concepts because of our clients. And when he first came here and began meeting them and interviewing them to better understand their experience with us, he was hard-pressed to find any complaints. In fact, he found our customer service excels and customers are incredibly impressed with our team. Coming from an executive highly experienced in customer service, this says a lot!

Every client he’s interviewed has expressed an interest in having Ted use them as a reference for GO Concepts… every single one. Ted was astounded and tells us you never come across this in the business world.

Ted had a strong belief in what we do at GO Concepts before he joined us. Now that he has seen and heard about what we do from both our team members and our clients, he realizes what a strong impact we can have on the organizations that serve individuals with intellectual and developmental disabilities, by facilitating the effective use of information technology. He knows the work we do will help professionals in this field, and this help directly benefits the individuals they service and their family members.

What Are Ted’s Goals?

Ted has been involved in sports his entire life. As a result, everything he does in the business world reflects a team approach. He knows more can be done by a team than by an individual. His goal is to add 6 new organizations in the next 8 months to our existing partnerships. An aggressive goal and certainly one our team is focused on helping him achieve.

In the next six months, you’ll see Ted “move the ball forward” for us, letting people know the great things GO Concepts is doing supporting organizations and businesses assisting individuals with intellectual and developmental disabilities. His focus is engaging as many people as possible to work as a team so organizations and professionals in this field understand how they can work more efficiently through access to and the right use of the best information technology solutions and services.

Can I Expect To Hear From Ted?

In the coming weeks, Ted may reach out to introduce himself and see if there is anything he can do to assist you in your mission there at your organization or business. A few minutes of your time could have a profoundly positive result on your staff and operations.

If you ever need to reach Ted directly, here’s his contact information:

Also, be sure to check us out online at www.ITforDD.com. I hope you will take a moment to speak with Ted and consider us as your information technology partner and solutions provider!

Is Your DD Organization Searching For A Reliable Cloud Infrastructure?

Book your initial consultation with our cloud team.

Your Information Is Safe With Us. GO Concepts will never sell, rent, share or distribute your personal details with anyone. In addition, we will never spam you.